The JDI team was invited to attend the ICAN Paris Forum, a conference organized by the International Campaign to Abolish Nuclear Weapons (ICAN). The campaign consists of a coalition of NGOs promoting the implementation and adherence to the UN nuclear weapon ban treaty and focuses on mobilizing civil society to support this objective. The Forum brought together different stakeholders and inspiring activists acting in diverse issue areas and emphasized the power of individual actions to change the status quo.

Having served as the Prime Minister of Portugal and as the President of the European Commission for ten years, Mr. Barroso had many fascinating insights to share with us about the world of diplomacy and mediation. Mr. Barroso emphasized the importance of diplomacy which is now needed in more areas than ever before. He further shared insights into his work as a peace mediator, as he played a key role in the peace accords for Angola in Bicesse. With the climate crisis being on top of every political agenda – the European Parliament recently declared climate emergency – Mr. Barroso advocates for rationality in all political spheres. However, despite our daily consumption of negative news and the fact that we as the young generation are often fearful about the future, he remains optimistic and encouraged us to do the same. By sharing some of his many great experiences with us, Mr. Barroso made this event a truly exceptional one.

In celebration of Gender Diversity Month at the Graduate Institute, JDI invited Ambassador Elisabeth Tichy-Fisslberger who is recognized as an International Gender Champion to discuss her work as a diplomat and as the current Ambassador and Permanent Representative of Austria to the UN in Geneva. Throughout our conversation, Ambassador Tichy cited her personal interest in human rights and migrant issues as a motivation for working within the government of Austria. Having previously worked for the EU Commission, she had a fascinating comparative insight into the methodologies of politics in both Geneva and Brussels. We were so honored that she came to speak with us and look forward to witnessing her tenure as the President of the Human Rights Council this coming year.

On 14 October, JDI members and students of IHEID enjoyed an informative conversation with Andrew Andreas at Le Restaurant in the Maison de la Paix. Mr. Andreas divulged experiences throughout his time at the UN, WHO and his own company development of "Sustainable Impact Association" and "Alliance4Impact". Currently, he operates as  the chief officer of these organizations which are based in the Geneva area. He also shared stories of his time with the Centre for Humanitarian Dialogue where, as the Director of Communications, he had the opportunity to enter several war zones, fascinating students with the intensity of the experiences. Students then took the opportunity to ask Mr. Andreas questions which mostly focused on advice regarding careers within the UN system as well as on his own career trajectory. 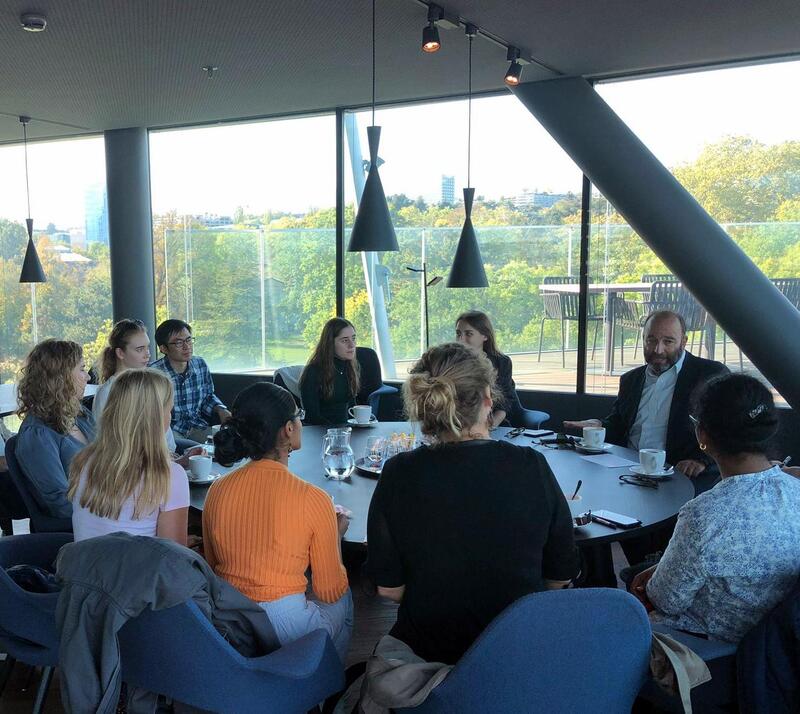 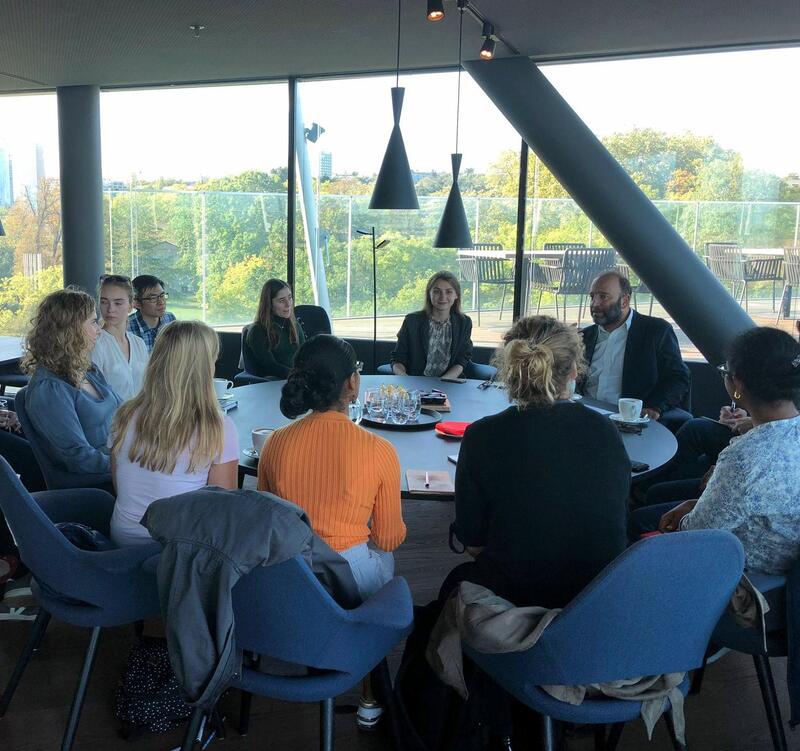